50 miles north of Fort Lauderdale, Florida is a small island with a presidential history! In 1918, materials dredged to create the Palm Beach Inlet, formerly known as the Lake Worth Inlet, were used to create a 47-acre island that was named Inlet Island.

Fast forward almost two decades to 1961, when the 35th President of the United States of America was John F. Kennedy. During his administration, President Kennedy and his family would often visit their winter home in Palm Beach.

Shortly before Kennedy took office, The Kennedy Bunker was created on Peanut Island. The 1,500 square foot nuclear fallout shelter was designed to protect 30 of Kennedy’s family and key staff members for up to a month. Furnishings in the structure included 15 sets of bunk beds, a desk for the president and a conference table. There were also military K rations, barrels of water and radiation detection kits. 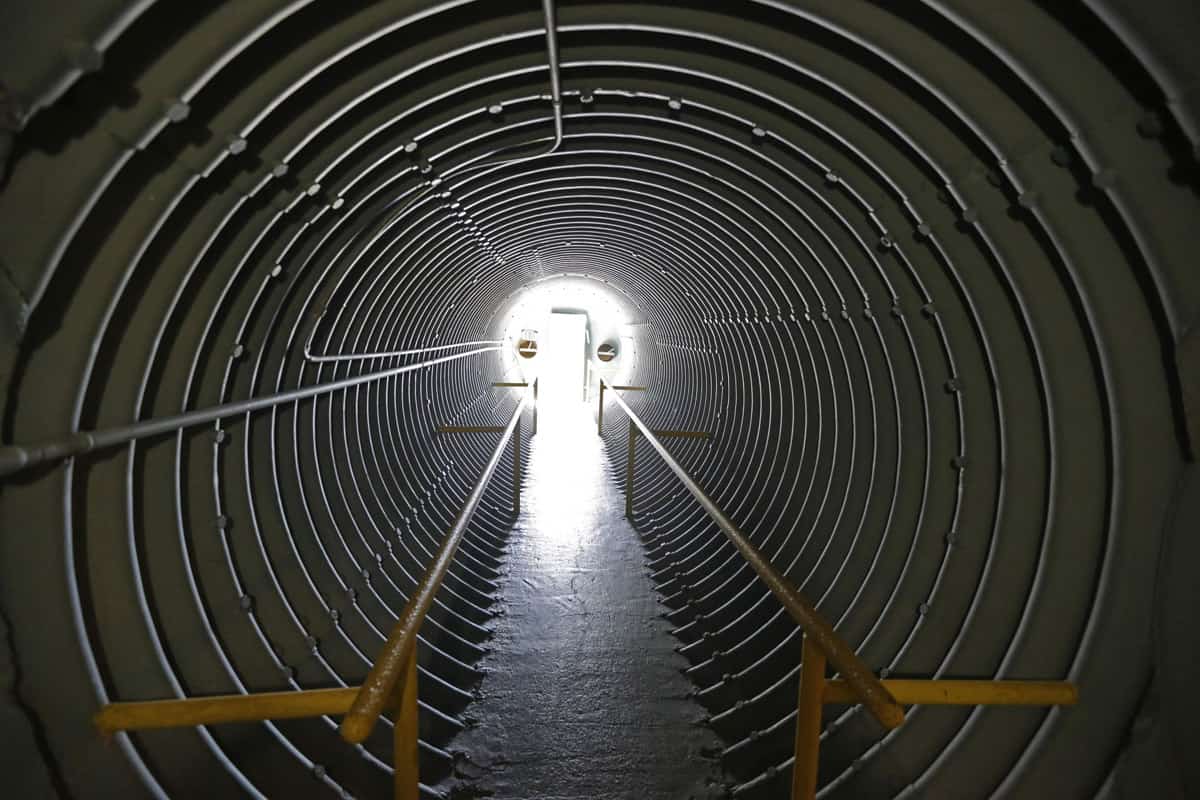 Accessing the main living quarters required traveling through a series of narrow passages that held air pumps and filters, a generator, a radiation detector, and a sterilization chamber. Towards the rear of the living chamber was an escape hatch that led to a helipad — in case the shelter came under attack.

Due to the secrecy of the project, exact construction dates are not known. However, in January 1961, Navy Seabees were dispatched to the island for “Operation Hotel”. The 10-day mission involved piling 25 feet of earth, lead and concrete above a corrugated steel bunker.

In 1962, nuclear missiles were discovered on the island of Cuba. The missiles were said to have the ability to reach Washington D.C. and most major U.S. cities. Thankfully, this shelter was in place to protect the president during his jaunts to Palm Beach. The U.S. government did not acknowledge the existence of the bunker until 1974.

Peanut Island has grown to about 79 acres and is a public park — on the perimeter only. The interior of the island continues as a dredged material management area for the Port of Palm Beach and the Florida Inland Navigation District.

There is lots to do and see on Peanut Island. In 2003, the US Army Corps of Engineers were awarded a contract for the Peanut Island Environmental Enhancement Project. The two year project included removing invasive non-native vegetation and spoil material, creating over 30 acres of native wildlife habitat.

For day use, the island is open from sunrise to sunset. Activities include:

There is limited camping available, which requires a reservation with a minimum of 24 hours notice.

The island is only accessible by watercraft. If you don’t have a personal watercraft, other options include the Palm Beach Water Taxi, Captain Joe’s Peanut Island Ferry and various kayak rentals.

For more information about visiting Peanut Island, try the following:

Fun Fact: An exact replica of The Kennedy Bunker on Peanut Island was constructed on Nantucket Island, Massachusetts. The location of the second bunker was close to the Kennedy’s primary residence in Hyannis Port. Unfortunately, the replica bunker is not open to the public.